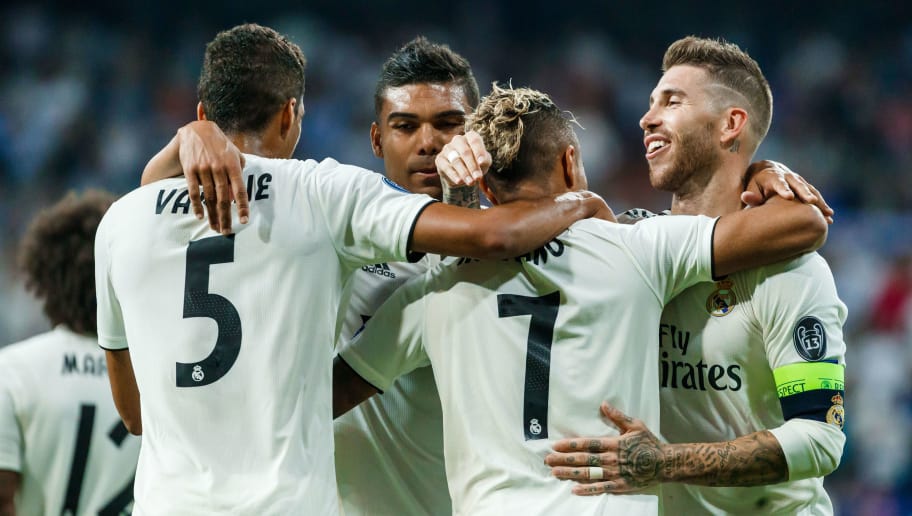 The undisputed king of Europe Real Madrid travelled a lot of hours to the Russian capital Moscow,
where Los Blancos will meet CSKA in a match from Group G of the UEFA Champions League.
This is going to be a second game for the current champion in the competition for this season. In
the first round Julen Lopetegui’s team achieved a stellar 3-0 win over Roma at the Santiago
Bernabeu. Let’s examine the clash between CSKA Moscow and Real Madrid in our football betting
tips for today.
Some people thought that Roma could create some problems for Real Madrid at the Bernabeu, but
it didn’t happen. Led by their new manager Julen Lopetegui and without their former superstar
Cristiano Ronaldo, the European champions showed great football and won the game by three
goals – 3-0. Isco, Gareth Bale and the new signing Mariano Diaz scored for Real Madrid, while
Roma were left without any chances for a reaction.
Of course, the big question in front of Real Madrid is only one – can they continue to win without
Cristiano Ronaldo? The Portuguese superstar was sold to Juventus in the summer, after some
tension between him and the club’s president Florentino Perez. But this was not the most
surprising thing that happened, because many people expected that Ronaldo could leave. It was
far more surprising that the club didn’t sign another superstar to replace Cristiano, if you don’t
count Mariano Diaz as one.
Real Madrid’s performance in La Liga so far is already creating some questions. Los Blancos
made some mistakes in the league so far and they are currently 2nd in the standings, being on par
with the champion Barcelona. In the previous round Real Madrid were unable to break Atletico
Madrid’s defense, while before this they suffered a heavy 0-3 defeat during the visit to Sevilla.
Some of the club’s fans are already starting to regret that Florentino Perez let Cristiano Ronaldo
leave the club. Maybe they will be right in the end of the season? We shall wait and see, though.
So far Gareth Bale and Karim Benzema are trying to replace Ronaldo on a full basis. Both of them
scored some important goals already, proving to be very important for Real in the absence of
Cristiano. Most often they are being supported by Marco Asensio or Isco, while the new signing
Mariano Diaz is waiting for chances from the bench. But one of Real Madrid’s most exciting players
is the young Brazilian talent Vinicius Jr. He came as a substitute against Atletico during the
weekend, but he didn’t have enough time to make a difference.
It’s not an easy situation for the manager Julen Lopetegui. The club sold its best player to another
club and didn’t sign a proper replacement. Now Lopetegui has to work with what he has, although
maybe he preferred Cristiano to be replaced by another way. Managing Real Madrid is going to be
an even bigger challenge for him than he probably thought.
Let’s take a look at CSKA Moscow in our football betting tips as well.
The Russian side is lucky to have one point after the first round of the CL group stage. CSKA
travelled to Pilzen to face the Czech champion Viktoria Pilzen and got really lucky. The game was
about to end with a 2-1 win for Viktoria, but in the last seconds of the match the referee awarded a
penalty for CSKA. Nikola Vlasic converted the penalty and saved the point for the Russian team.
Before this Michal Krmencik scored a brace for the Czech team, while Fedor Chalov scored a goal
for CSKA soon after the halftime break.
In the Russian Premier League CSKA Moscow have some catching up to do. Right now they are
on 6 points behind the leader Zenit, being 4th in the current standings. They have lost just once
since the start of the season. In their last match CSKA achieved a difficult 1-0 win during the visit to
Orenburg, thanks to a winner by Fedor Chalov from another penalty kick.
Real Madrid’s manager Julen Lopetegui has some problems before the game in Moscow. Marcelo
and Isco are injured and therefore unavaliable for selection. The same could be said about the
Welsh star Gareth Bale, who left the pitch against Atletico and most likely won’t play in Moscow.

CSKA Moscow’s manager Victor Goncharenko has to deal with the absence of the Uruguyan
forward Abel Hernandez, who is still injured and unavaliable for selection.
Before the match Julen Lopetegui admitted that Real Madrid is in a delicate situation after two
consecutive games without a win in La Liga. He said that the only thing his team can do right now
is start winning again. This means that Los Blancos shall be fired up against CSKA, despite of the
long trip from Madrid to Moscow. It’s always difficult to play on Russian soil, but when your name is
Real Madrid, you don’t have any other choice – you must win every game.
CSKA Moscow’s head coach Victor Goncharenko said to the press that he doesn’t think that his
team is doomed against Real. Goncharenko believes that CSKA will have chances to score
against Los Blancos, but they must use them, because most probably they won’t be that many.
These are our football betting tips for the Champions League match from Group G between CSKA
Moscow and Real Madrid. We won’t surprise you if we tell you that Los Blancos are the big
favourite here. They are the current champions of Europe and despite of some problems they have
lately, they remain one of the best teams in the world. Maybe the long flight from Madrid to Moscow
would have its say in the game, but we consider factors like this one to not be decisive for the final
result. CSKA Moscow are a solid team and they will cause some trouble to Real Madrid, but in the
end Julen Lopetegui’s boys should take the win.