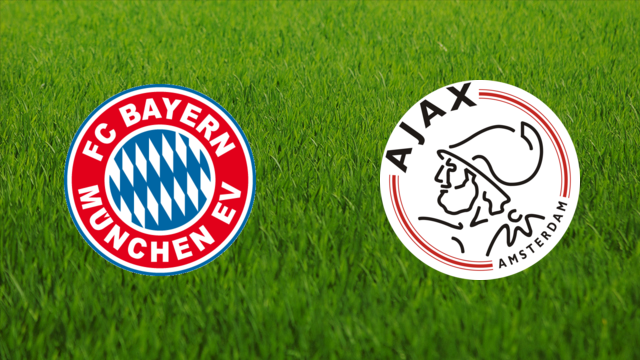 Two teams who won their first games in the Champions League are meeting each other at the
Allianz Arena in Munich. Bayern and Ajax will decide who will lead Group E after their clash in the
Bavarian capital. We think that it’s going to be a very interesting match, so let’s see what’s going
on in our betting tips for today.
Bayern Munich’s new manager Niko Kovac started with a win his new adventure in the Champions
League. The Croatian tactician is a pretty much an young coach, but he proved his qualities last
season, when he led Eintracht Frankfurt to a win in the DFB Pokal. He’s a former player of Bayern
and he knows how important is the Champions League for this club. His goal is to bring the trophy
back to Munich for a first time since 2013, when the Bavarians won the treble with Jupp Heynckes
on the helm.
In their first CL match for the new season, FC Hollywood had to travel to Lisboa and meet Benfica
at the Estadio da Luz. Using a standard 4-3-3 formation, Niko Kovac led his team to a 2-0 win over
Benfica, thanks to goals from Robert Lewandowski and Renato Sanches. Kovac left on the bench
players like Thomas Muller and the new signing Leon Goretzka, but the ones he put on the pitch
did the job good enough.
In the Bundesliga, though, Bayern are slowing down in the last two rounds. The draw against
Augsburg and the loss against Hertha in Berlin allowed Borussia Dortmund to overtake them at the
top of the league. Right now Bayern are one point behind Dortmund at 2nd place, but make no
mistake about this – they remain the number one contender for winning the title.
It was a bad performance against Hertha in Berlin few days ago. The champions suffered a 0-2
defeat from the hands of the Old Lady Hertha and didn’t look really like themselves. Niko Kovac
tried to dominate the midfield and control the ball with the inclusion of Thiago Alcantara, but it didn’t
really happen. In the second half Kovac put on the pitch players like Thomas Muller, Serge Gnabry
and Sandro Wagner, but it still didn’t help the Bavarians to improve their performance and
eventually win something from the game.
When your name is Bayern Munich and you don’t win in two consecutive games, this is a reason to
start worrrying a little bit. Niko Kovac said to the press that his team is not worried by the way
things are going lately, but he admitted that Bayern needs a win against Ajax to relieve the
pressure a little bit. If the Bavarian giant wins against its Dutch opponent, Bayern will make an
important step towards their next goal in the competition – qualification for the 1/8-finals.
We already talked about Bayern Munich in our betting tips. Now, let’s see what’s going on with their
next opponent in the Champions League – Ajax.
Ajax also started their campaign in the Champions League with a win and a clean sheet. They are
currently leaders in the group after their 3-0 win over AEK Athens at the Johan Cruijff Arena in the
first round. It was a dominant performance by Ajax, who proved that they are a much better team
than their Greek opponent. But that’s nothing surprising, of course. Surprisingly for many, Ajax’s
left back Nicolas Tagliafico scored a brace for the Dutch team, while the substitute Donny van de
Beek added one more for Erik ten Hag’s team. In other words, it was a great night for Ajax’s fans at
the Johan Cruijff Arena, because their favourite team dominated the match and didn’t face any
problems to record a first win in the Champions League for the season.
In the Dutch Eredivisie Ajax are currently 2nd, being on 5 points behind the leader and champion
PSV. It’s not the best possible situation for Ajax to be in, but it’s still an early phase of the season.
Nothing is decided just yet and we can say that the title race just begins. In their last Eredivisie
game Ajax enjoyed a 2-0 win during the visit to Fortuna Sittard. Both goals for the winning team
came after the break, when Kasper Dolberg and Hakim Ziyech scored for the Amsterdam giants.
It’s very difficult to play against Bayern Munich at the Allianz Arena. In the last 23 matches they
have played at home in the Champions League, Bayern have won 19 of them. This is really

impressive. Ajax need to play their best football and be perfect in order to stand a chance against
the Bavarian colossus. And even then Bayern could still win.
One of the hopes for Ajax is their performance in defense. Erik ten Hag’s team kept a clean sheet
in 7 of its last 8 games, which is a positive stat. Of course, in neither one of these matches Ajax
faced an opponent of Bayern Munich’s quality. And this is a huge difference in this case. The club
from Amsterdam made a great deal by signing again Daley Blind, but for him it’s going to be very
hard against players like Robert Lewandowski, Arjen Robben and Franck Ribery on Tuesday night.
These are our betting tips for the Champions League game from Group E between Bayern Munich
and Ajax at the Allianz Arena in Munich. Even despite of some problems which Bayern are facing
in the last one or two weeks, Niko Kovac’ team remains a huge favourite to win this one. Ajax
showed some good things in the first round against AEK, but in this case the level of the opposition
is totally different. We are pretty sure that nobody is going to be mad at Ajax, if they lose this
match. Most probably this is going to be a part of their calculations for reaching the 1/8-finals of the
competition. As for Bayern, winning would be just another day in the office for them.