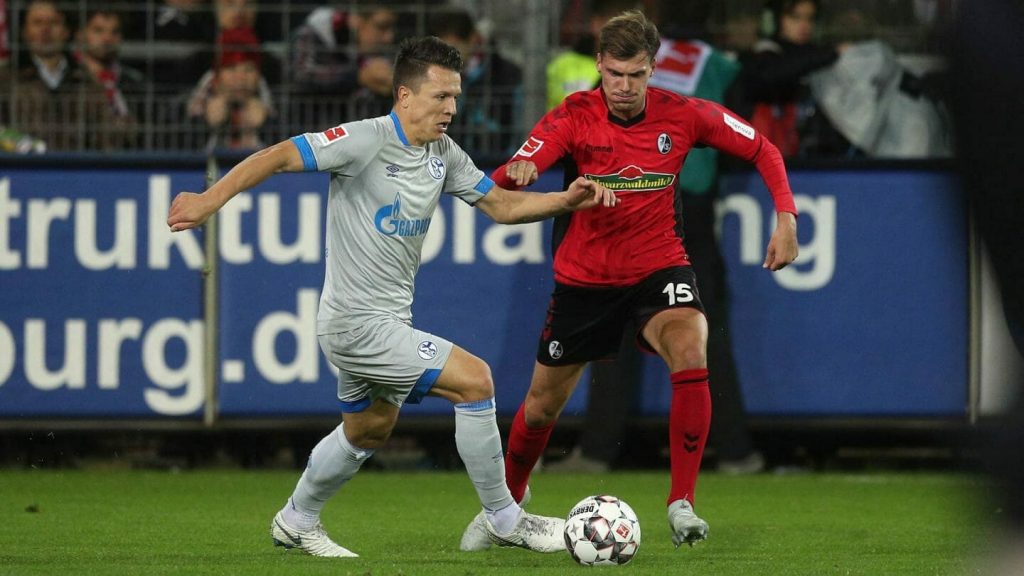 Schalke 04 hosts Freiburg at the Veltins Arena in a fixture from the 12th round of the
Bundesliga. Here are our free soccer tips professional betting for this game in the city of
Gelsenkirchen.
After 11 games played Schalke remain at the bottom of the Bundesliga. The Royal Blues
have won just 4 points since the beginning of the campaign and they are the only team
without a win for the 2020/21 season. It’s really a terrible performance by Schalke so far.
Few days ago Schalke at least won a point during the visit to Augsburg at the WWK
Arena. The game ended 2-2. Raman and Boujellab scored for the visitors. Schalke were
really close to taking the win here, but Richter equalised for the hosts in the 93th minute.
Schake 04 won’t be able to survive if they don’t drastically change something in the way
they perform. What they are doing so far is just not enough.
Freiburg approach this visit to Gelsenkirchen from 14th place in the standings. During the
weekend they achieved their second win for the season which is allowing them to breathe
a little bit easier now.
On Saturday Freiburg hosted Arminia Bielefeld and secured a 2-0 win at the Schwarzwald-
Stadion. Freiburg scored both of their goals after the halftime break. Grifo opened the
score from a penalty kick while Woo-Yeong doubled the score in the 92th minute.
Freiburg’s manager Christian Streich has some problems with injured players at the
moment. Keitel, Itter, Chang-Hoon, Flekken and Haberer are all recovering from different
injuries they had.
These are our free soccer tips professional betting for the Bundesliga clash between
Schalke 04 and Freiburg at the Veltins-Arena. Both teams need the points, but the truth is
Schalke are much more desperated for this right now. Let’s see what they can offer us.