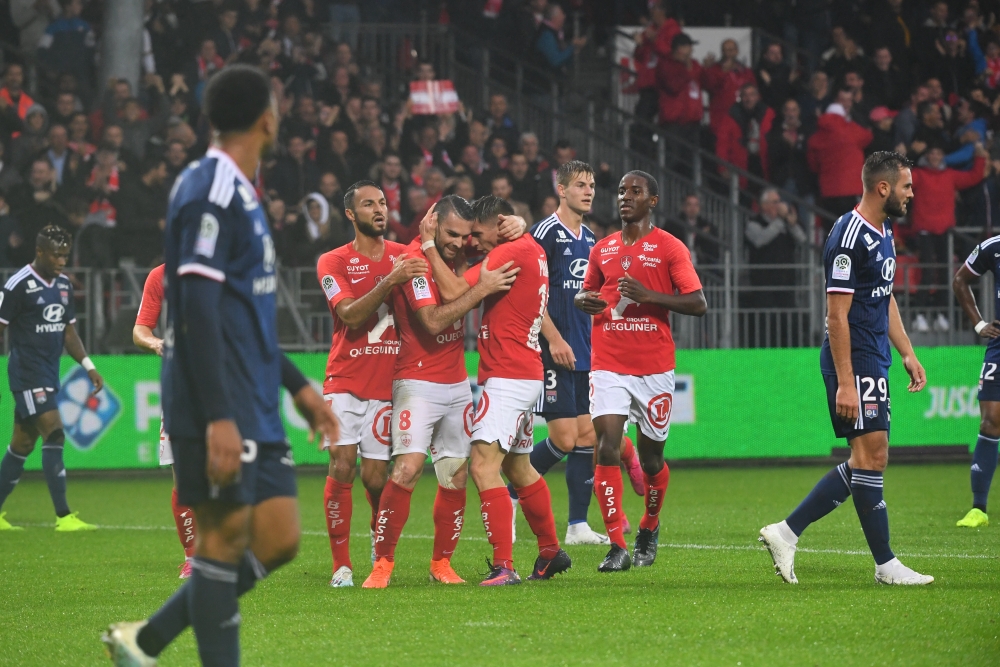 Olympique Lyonnais faces Brest at the Groupama Stadium in Lyonnais in a match from
the 15th round of the French Ligue 1. We are going to preview this game for you in these
football prediction betting tips today.
Olympique Lyonnais climbed to second place in the standings after their terrific 1-0 win
over the champion PSG in Paris. Few people expected that Les Gones could win this one,
but they make a solid performance and beat the strongest team in the league. The only
goal was scored in the 35th minute when Tino Kadewere put the ball behind Keylor Navas
after an assist from Toko Ekambi.
With this win Olympique Lyonnais overtook PSG and moved to second place in the
standings. Les Gones now have 29 points and they are on par with the leaders Lille. The
Dogs are leaders because of a better goal difference.
This win in Paris should give Olympique Lyonnais some serious confidence for the next
few games. Rudi Garcia’s team missed out on participating in Europe this season, but this
is giving them a chance to focus entirely on the domestic scene.
Brest approach this game from a place in the middle of the standings. Right now Brest are
10th in the standings with 21 points and a record of 7 wins and 7 losses. Right now Brest
are the only team in France without a draw in the games played so far.
Few days ago Brest claimed a 4th win in their last five matches. This proves they are in a
really good shape at the moment. Olivier Dall’Oglio’s team faced Reims and celebrated a
2-1 win. Honorat and Mounie scored for the hosts.
These are our football prediction betting tips today for the Ligue 1 clash between
Olympique Lyonnais and Brest on Wednesday. Are Les Gones going to follow up their
brilliant performance against PSG? Let’s see.