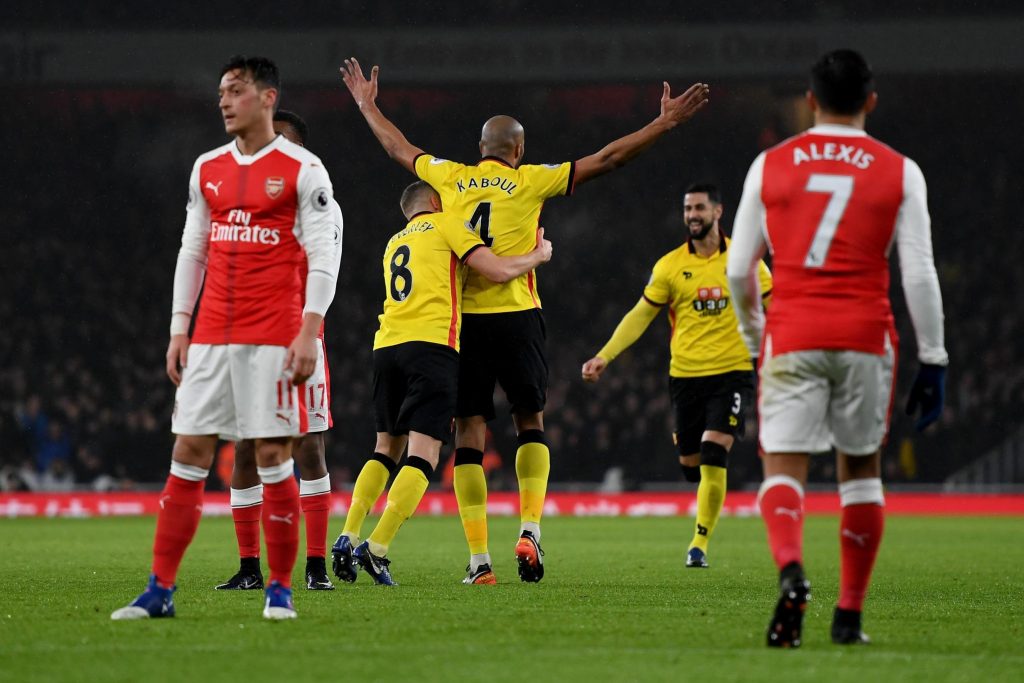 In our English Premier League predictions today we are taking our attention to the Vicarage Road,
because on Sunday Watford hosts Arsenal in a game from the fifth round of the competition.
This is a new beginning for Watford. The club’s board decided to sack the Spanish manager Javi
Gracia after the draw against Newcastle United before the international break. The Hornets won
just one point after four matches played so far, which led to Gracia’s sacking. He was replaced by
another Spaniard, because Quique Sanchez Flores returned to the club and he will manage
Watford for a second time.
Former manager of Valencia and Atletico Madrid, Sanchez Flores managed Watford for the
2015/16 season. He led the team to a midtable position in the Premier League and to the semi-
finals of the FA Cup, but despite of this he left the Vicarage Road.
How we said, Watford won just one point in their games so far, being at the bottom of the table
right now. The club really needs to bounce back after this poor start of the new season. Let’s see if
the appointment of Sanchez Flores is going to deliver the results Watford need at the moment.
Arsenal didn’t win neither one of their last two games in the league, so now the Gunners are going
to go all guns blazing against Watford. We are also going to see a duel between two Spanish
managers, because Unai Emery is coaching the visitors.
In the previous round Arsenal played an exciting Northern London derby against Tottenham at the
Emirates. Spurs got a two goals lead with strikes from Christian Eriksen and Harry Kane, but the
Gunners managed to equalise. Alexandre Lacazette scored at the end of the first half, while Pierre-
Emerick Aubameyang equalised after an assist from Matteo Guendouzi.
That’s our English Premier League predictions today for the game between Watford and Arsenal.
It’s always very difficult to predict what’s going to happen when one of the teams is having a new
manager. Let’s see.