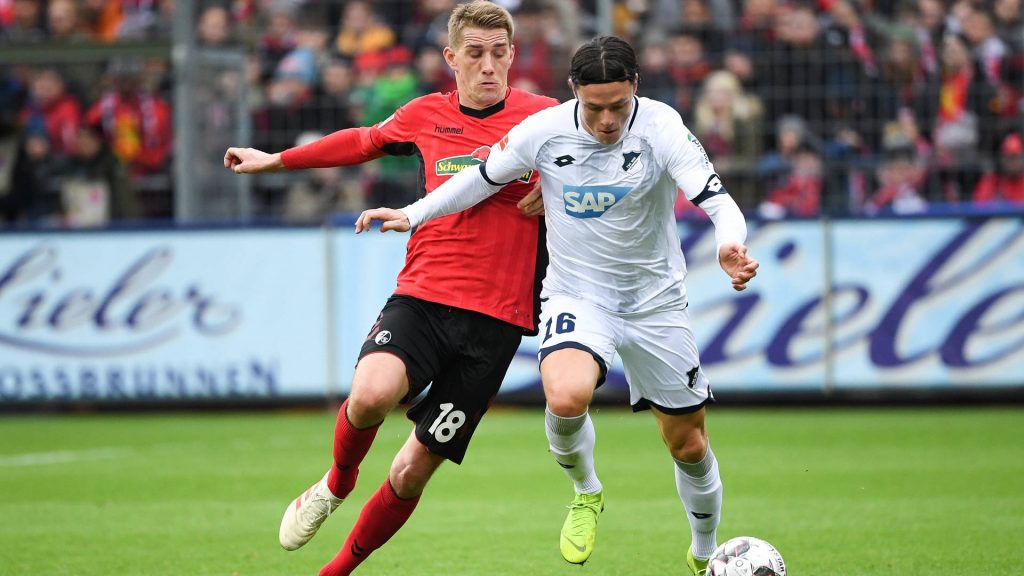 We are taking another look at the Bundesliga in our sure win prediction today, because Hoffenheim
will host Freiburg at the PreZero Arena on Sunday. Let’s see what’s the current situation of these
two teams.
After Julian Nagelsmann’s move to RB Leipzig after the end of the last season, now Hoffenheim
are managed by another man. This is the Dutch tactician Alfred Schreuder, who is a former head
coach of Twente. He started his career in Hoffe with three different results in the first three games
in the Bundesliga – a win, a draw and a loss.
In their last match in the league Hoffenheim made their first draw for the season. Die Kraichgauer
travelled to the BayArena to face Bayer Leverkusen and won a point after a 0-0 draw. Generally
speaking, Hoffenheim could be satisfied with the point, because right now Leverkusen are one of
the strongest teams in Germany and it’s always hard to play at the BayArena.
Hoffenheim’s only win since the start of the season was achieved during the game against Werder
Bremen at the PreZero Arena.
Freiburg kicked off their season in the Bundesliga in a really positive way. Right now they are sixth
in the league with 6 points won and a record of two wins and one defeat.
After winning their first two games for the season, Freiburg lost for a first time as well. This
happened during the home game against Koln, when they were actually favourites to win. At
halftime the hosts had an advantage, because Koln’s Rafael Czichos scored himself an own goal
in the 40th minute.
Everything went wrong for Freiburg after the halftime break when Koln scored twice. The hosts can
feel sorry for this, because they had a pretty real chance to enjoy a third consecutive win.
That’s our sure win prediction today for the Bundesliga fixture between Hoffenheim and Freiburg
on Sunday. Who do you favour here?