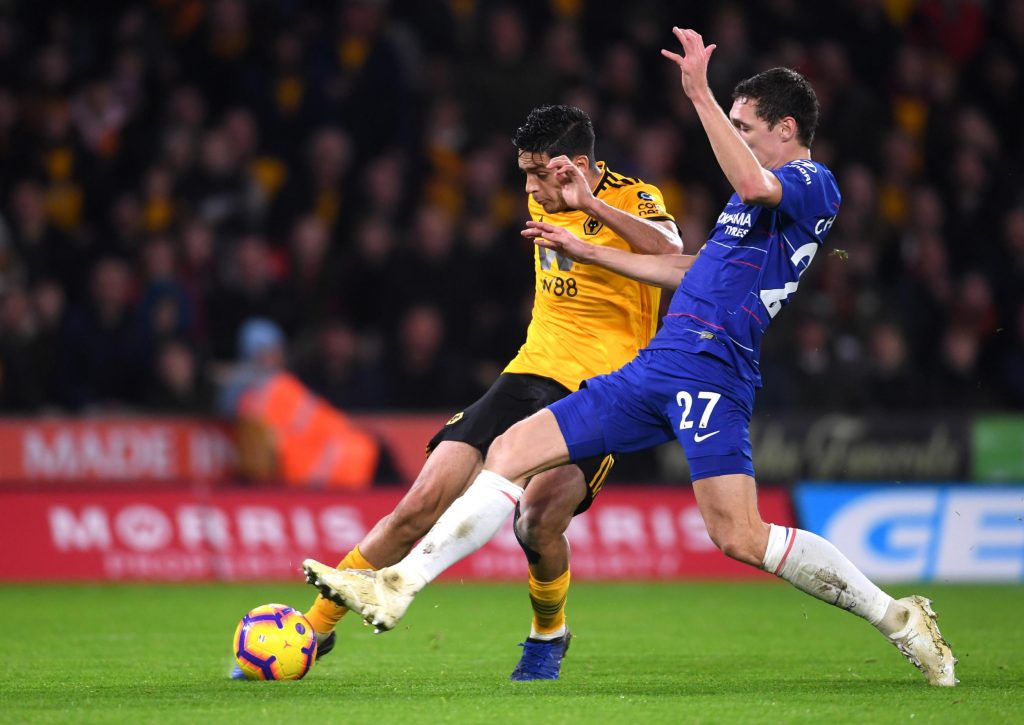 Wolverhampton Wanderers host Chelsea at the Molineux in a game from the fifth round of the
Premier League. This match promises to be a spectacular clash between these two sides. Let’s
examine it in our English Premier League predictions.
Despite of proving to be a very capable team so far, Wolverhampton started the new season in the
Premier League a little bit shaky. They are still without a win in the league after 17 games played,
having just 3 points won.
After recording three consecutive draws in the league, Wolverhampton suffered their first defeat as
well. In the previous round Nuno Santo’s boys visited Everton at the Goodison Park and got beaten
with 2-3. Roman Saiss and Raul Jimenez scored the visitors, a brace from Richarlison and a goal
from Alex Iwobi allowed Everton to win the game.
We have no doubts that Wolves will regain their top form very soon, so let’s see if they are going to
start against Chelsea on Saturday.
After four rounds played so far, Chelsea are currently 11th in the league with 5 points won. In these
four games the Blues won only once, made two draws and suffered one loss.
After the win against Norwich City at the Carrow Road, Frank Lampard’s boys hosted Sheffield
United at the Stamford Bridge and lost two points after an exciting 2-2 draw. Tammy Abraham
scored a brace for Chelsea in the first half, but after the break the Blades equalised with a goal
from Callum Robinson and an own goal from Kurt Zouma.
That’s our English Premier League predictions for the Premier League clash between
Wolverhampton Wanderers and Chelsea on Saturday. Both teams are not having the best possible
start of the season, so we expect to see them chasing the win here. But only one of them can take
it.