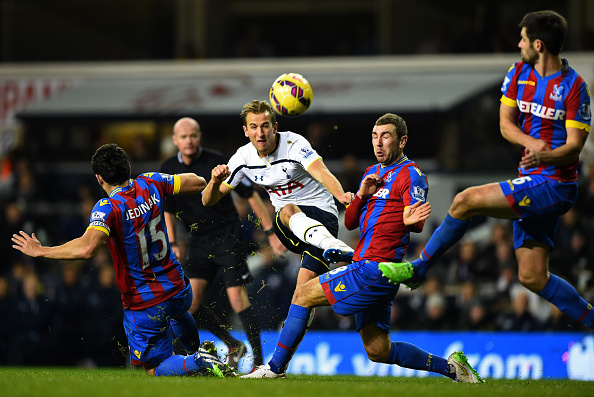 Tottenham Hotspur faces Crystal Palace at the Tottenham Hotspur Stadium in a match from the
fifth round of the Premier League. We are going to spend few minutes in order to take a look at this
fixture in our English Premier League predictions. Let’s go.
Tottenham surely hoped for a better start of the new season. Right now they are 9th in the
standigns with just 5 points won and a record of one win, two draws and one loss. Spurs started
the season with ambitions of winning the title, but right now they are 7 points behind the current
leader Liverpool.
In their previous game Tottenham visited Arsenal in the big Northern London derby, winning a point
after a 2-2 draw. The visitors can feel sorry for that, because they had a clear two goals lead.
Christian Eriksen opened the score for Spurs, while Harry Kane doubled their lead. But Mauricio
Pochettino’s boys didn’t manage to keep their lead, because Arsenal equalised with goals from
Alexandre Lacazette and Pierre-Emerick Aubameyang.
Crystal Palace started the new season in the Premier League surprisingly well. Right now they are
fourth in the standings with 7 points and a record of two wins, one draw and one defeat. If Palace
manage to keep this level of performance, they will not have any problems regarding survival.
In their last fixture Roy Hodgson’s boys hosted the newcomers Aston Villa and enjoyed a 1-0 win.
The only goal in the game was scored in the 73th minute when Jordan Ayew put the ball behind
Tom Heaton’s back.
We should say that Crystal Palace had the luck to play with a man more on the pitch for almost the
whole second half because of Trezeguet’s red card.
That’s our English Premier League predictions for the game between Tottenham Hotspur and
Crystal Palace on Saturday.