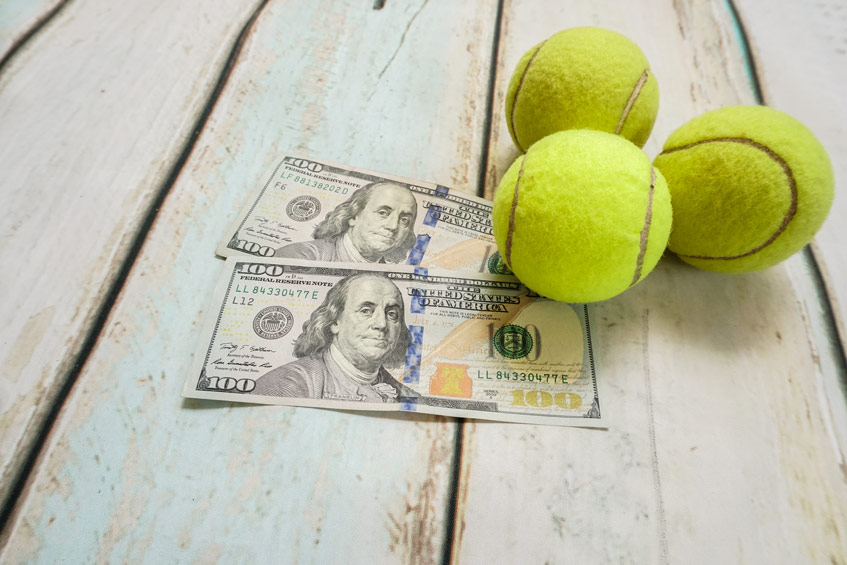 Betting on tennis could be a lot of fun. This sport is not just very ellegant and it’s often played by
gentlemen, but it’s also very exciting to watch. Things could change very quickly on the court – it
may seems that a certain player is winning the match, but very quickly he or she could start losing
it. Let’s take a look at some different types of bets you can make on tennis in our vip tennis combo
tips.
One of the most basic bets you can make in tennis is which player is going to win a certain
tournament. In most of the cases there are huge favourites for every competition. Sometimes it’s
just one player, but sometimes they are more than one. For example – when there’s a Roland
Garros in Paris, usually Rafael Nadal is the sole favourite to win the tournament. But if you are
betting on Australian Open or US Open, you can find more than one player being regarded as a
favourite.
It’s very important not to bet on a tournament winner just based on name or reputation. You have to
make a very careful bet, considering much important factors like: current form, health, fitness
problems and mental state of the player. It’s something normal to think that Nadal will win all
tournaments on clay, because he’s the undisputed king of clay courts, but for him it’d be hard to do
it, if he’s not one hundred percent healthy or ready to play. Or if he’s in a currently problematic
state of mind. He could have problems, not related to tennis or something like that, which could
easily influence his performance on the court.
Before throwing your money in a bet, you must be very careful and you have to know all of the nuances around this player in this particular moment.
Another thing you should watch for is the draw. Before asking yourself if this player can win the
tournament, you must ask yourself – can he even reach the final? Sometimes players get a more
easier route to the big final, while in other cases the draw is pretty brutal to them. It won’t cost you
too much time if you open the main draw and see what kind of obstacles are awating the player
you have chosen before the final. Who knows, maybe you will change your decision very quickly
then.
It would be a good idea if you keep some part of your budget for covering the idea of a surprise
winner. Sometimes it happens and the odds could be very rewardable. For example – do you
remember when Marin Cilic won the US Open a few years ago? Don’t get us wrong – Cilic is a very
good player, but be honest with us – did you really expect that he could triumph in New York? We
don’t think so.
Before the competition starts, always take a look at the players, who are not among the top
favourites. If you feel that there’s a player who is in a top form right now and you could reach the
final, or even win it, maybe you can have some fun and put some money on him. If he really wins,
this would bring you some good money. That’s just part of the advices we can give you in our vip
tennis combo tips.
An incredibly importance for a player winning or not winning a tournament could be the surface.
Just like we pointed out, some of the best players are very good on fast surfaces (like grass or
hard), but some other are experts on slower surfaces like clay (like Rafael Nadal and most of the
Spanish players).
Sometimes players win big competitions on surfaces, which are not their most
prefferable (like when Federer won Roland Garros or when Nadal won Wimbledon), but it’s kind of
a more rare thing. Taking the surface into consideration is a must, when it comes to betting on
tennis. This is a very competitive sport and every little detail could be decisive, when it comes to
top level.
Head to head records is something else which you have to consider, before placing a bet.
Sometimes even the best players in the world have other players, against whom they are facing
serious troubles. For example – Roger Federer is arguably the best player of all time, but against
Rafael Nadal he has a negative record. Just because Nadal’s style and qualities are very hard for
Federer, even if he’s a perfect players.

That’s the case for many other players. Sometimes there’s just a guy who knows how to use your
weaknesses and against who you simply can’t find an answer. Before betting on a match, it’’s
always a good idea to check on the head to head records and see if there’s something important to
notice. If “your” player has a very negative record against his next opponent, this shall tell you that
there’s some kind of a regularity here. And you must be very careful. We will repeat ourselves here
– sometimes you don’t have to be better than your opponent to beat him on a regular basis. If it
happens, then most probably your style just doesn’t suit your opponent.

That’s what we had to say about betting on tennis in our vip tennis combo tips. This is a great sport
to watch and to bet on. Of course, just like any other sport, which is avaliable for betting, you must
know tennis very well, if you want to make money out of it. And if you don’t, trust only the best
tipsters, because you wouldn’t want to lose your hard earned money, right? There’s nothing easy in
being successful in betting on tennis, but with time you will become better and better. Confidence
and patience is what you need. If you’re new to this sport, then start betting with smaller amounts
of money, because in the beginning you’d have some losses, that’s for sure. Anyway, we wish you
good luck and many successful bets!